By Gwinnett Park Life on May 30, 2014@gwinnettparks 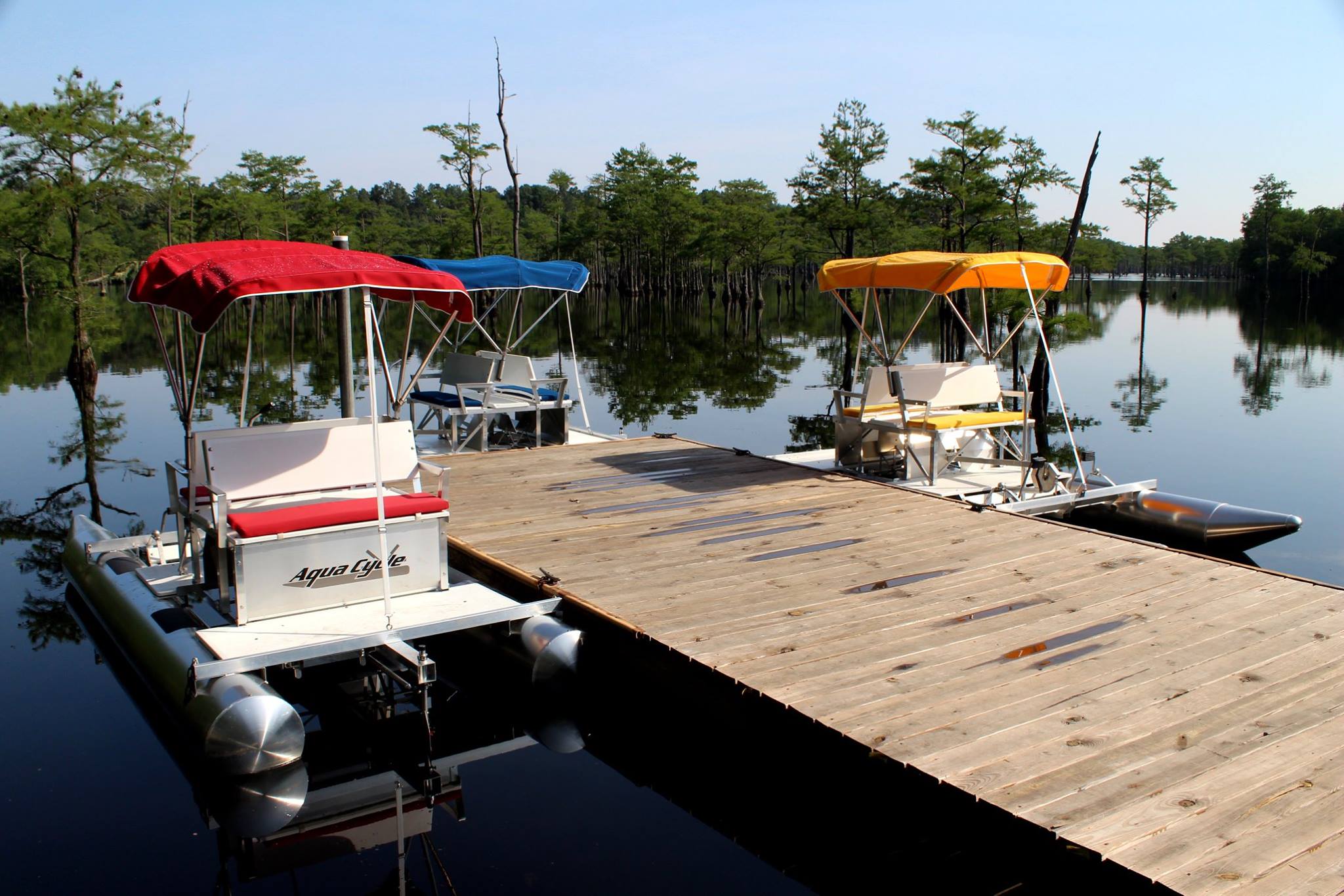 When we visited my son at Georgia Southern in Statesboro we were too late to get reservations at the in-town hotels (which had upped their rates for family weekend) so I checked to see if the local state park had any cottages available instead. George L. Smith State Park is only 30 minutes from the University so we took it.

I didn’t know what to expect. But, our family of 5 had plenty of room in a cabin that slept 8 and it was a way better experience than a local hotel we had tried later in the year.

The rooms and baths were cleaned and well maintained, the kitchen was immaculate (if somewhat dated) and overall the cottage was a 4 star experience for us. The cottage had Dish network, two beds in each of two bedrooms, a screened in porch and barbecue out back.

The best is probably best known for its renovated Parrish Mill and covered bridge and dam built in 1880. The 1634 acre park has a nice size lake with boat camp, 10 miles of water trails, 7 miles of hiking and biking trails and all back dropped by beautiful moss-draped cypress trees.