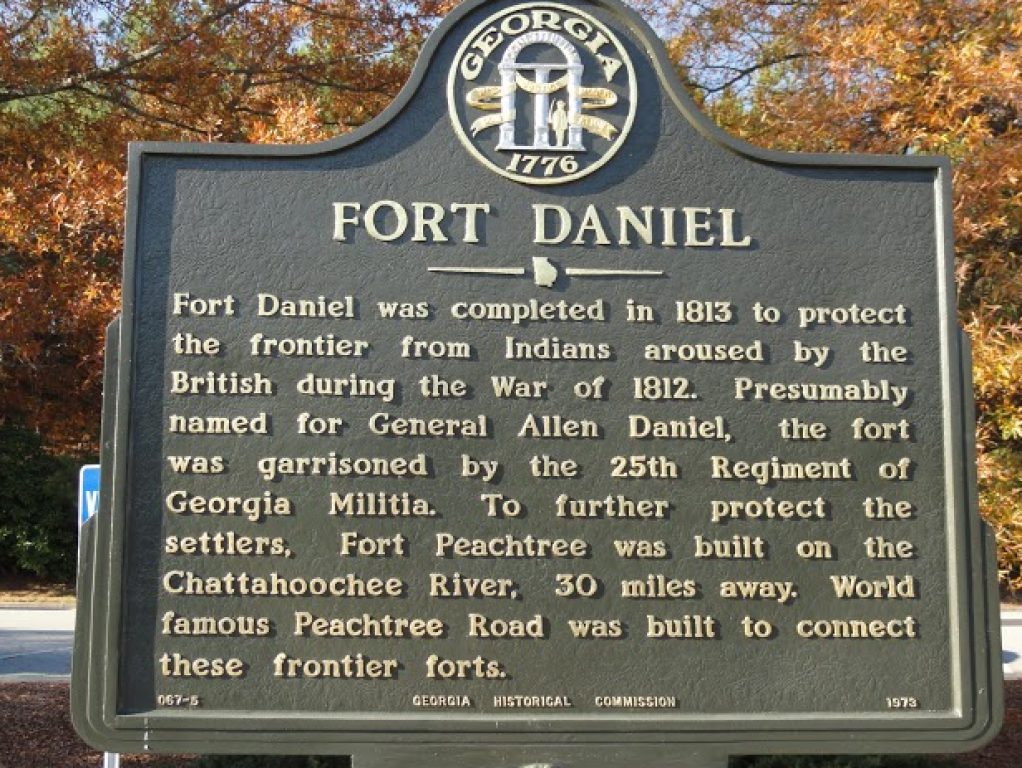 Gwinnett officials on Tuesday congratulated the nonprofit Fort Daniel Foundation Inc. for winning a national award from the American Association for State and Local History.

Members of the Gwinnett Archaeological Society, led by Dr. James D’Angelo of Lawrenceville, located the footprint of Fort Daniel, built in 1813, in the backyard of a home at the top of Hog Mountain. The site was then in Jackson County near where the state of Georgia met Cherokee and Creek Indian territories. Gwinnett County was created in 1818.

After initial explorations, the archaeologists formed the Fort Daniel Foundation to help develop the site as an archaeological park. They began staging an annual Frontier Fair in 2009 to raise public awareness. Gwinnett County bought the land in 2012 and leases it to the foundation.

“These prestigious awards mark the importance of discovering Fort Daniel and its place in our history,” said Gwinnett Board of Commissioners Chairman Charlotte Nash. “We appreciate the work of all the volunteers who are dedicated to preserving the site and producing educational materials to teach all of us about an important part of our community’s rich history.”

Researchers believe the fort was rebuilt during or after the War of 1812, following a plan for frontier forts devised by George Washington decades earlier. It was a staging point for building Peachtree Road to the Chattahoochee in order to ship supplies to U.S. Army troops in Alabama under Major General Andrew Jackson.

“As archaeological advisor to both the Fort Daniel Foundation and the Gwinnett Archaeological Research Society, I can say we are both pleased and humbled to receive this prestigious award,” said D’Angelo. “While it acknowledges the devotion and hard work of our members as well as the support of our community, it is also a challenge to continue improving the educational effort that is at the core of our mission.”

The Albert B. Corey Leadership in History Award of Merit comes with a cash grant of $500. The group has previously won a $10,000 grant from the Georgia Trust for Historic Preservation, matched with an in-kind site plan designed by landscape architecture group Jb+a of Atlanta.