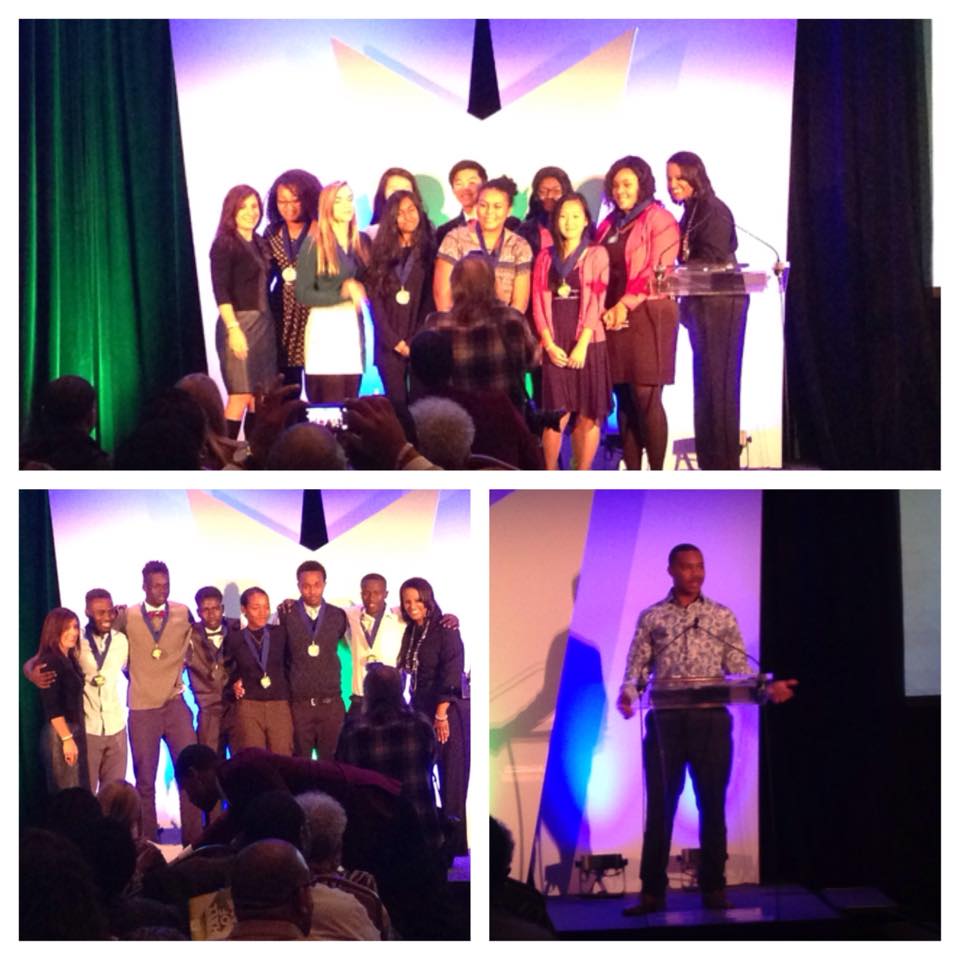 Children’s Healthcare of Atlanta celebrated a group of 14 Youth Ambassadors at the Hall of Fame awards held on Sunday, Nov. 2 at the Marriott Century Center emceed by WXIA/11Alive’s Donna Lowry. The Youth Ambassadors became teachers for a week at Gwinnett County Parks and Recreation’s Summer Camp Program. They set up educational stations along the walking trail at Mountain Park Park to educate campers on healthy lifestyles. The three interactive stations were: physical activity, fruits and veggies and the Strong4Life 4 Healthy Habits.  Over the course of a week, more than 385 campers came through their stations.

Additionally, these 14 Gwinnett youth developed an evaluation component by observing the campers at lunch to see if they were making healthier decisions after taking part in the fitness trail lessons and exercises.  They also observed the amount of exercise the campers were getting each day. Finally, they made sure the campers understood the information they were teaching, by giving out pop quizzes during camp sessions. As part of Children’s Healthcare of Atlanta’s Youth Ambassador Program, the hospital trained 195 Atlanta youth from metro Atlanta community organizations on the four Strong4Life healthy habits. In total the youth ambassadors spent more than 400 hours on their projects and reached nearly 4,500 people in the community.

The Strong4Life Youth Ambassador program brings together knowledge of Children’s clinical expertise, the strength behind Strong4Life’s proven program design and the human power within established youth organizations like the Girl Scouts of Greater Atlanta, University of Georgia 4H of DeKalb and Rockdale counties, Gwinnett County Parks and Recreation, Washington High School with Giving Point, Camp Strong4Life Leaders-in-Training and Soccer in the Streets.