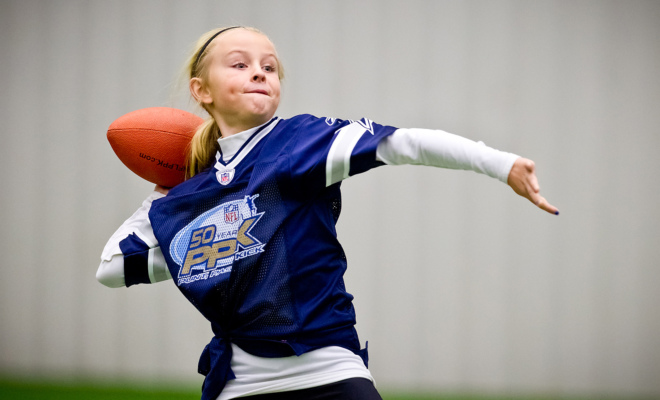 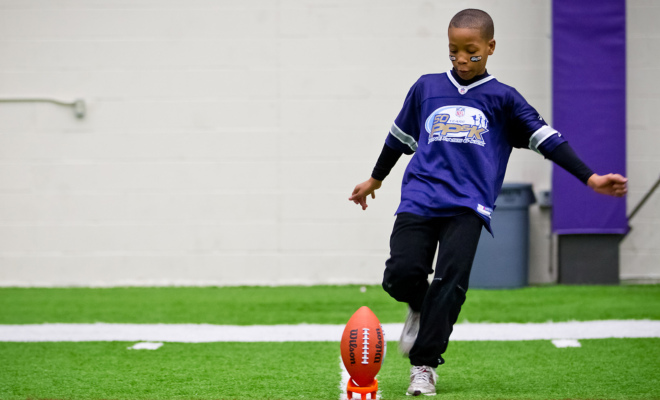 Young pro football fans will have the opportunity to exhibit their football skills at Rhodes Jordan Park in Lawrenceville, on July 25. This competition is free and open to boys and girls ages 6–15. Participants are encouraged to pre-register online at www.NFLPPK.com or register at 9 a.m. the day or the event.

All participants must show proof of age by providing a birth certificate, and sign the parental Entry Form/Release of Liability. No football shoes or cleats will be allowed, only soft sole gym shoes.

Gwinnett County is looking forward to sending more winners to the finals. Last year, Omar Zachery Jr. of Lawrenceville went all the way to win in the boys 8–9 age group.

The NFL Punt, Pass & Kick (PPK) program is a national skills competition for boys and girls to compete separately against their peers. Established in 1961, the PPK program is the oldest NFL Youth Football program. Girls and boys in five separate age divisions (6-7, 8-9, 10-11, 12-13, and 14-15) compete against each other in punting, passing and place kicking in a fun and engaging forum. Age classification is as of December 31 of the current year.

The top four finishers in the boys’ and girls’ divisions within each age bracket from the pool of all Team Champions will qualify for the National Finals at an NFL playoff game in January. For more information, call 678-277-0861 or visit www.gwinnettparks.com.