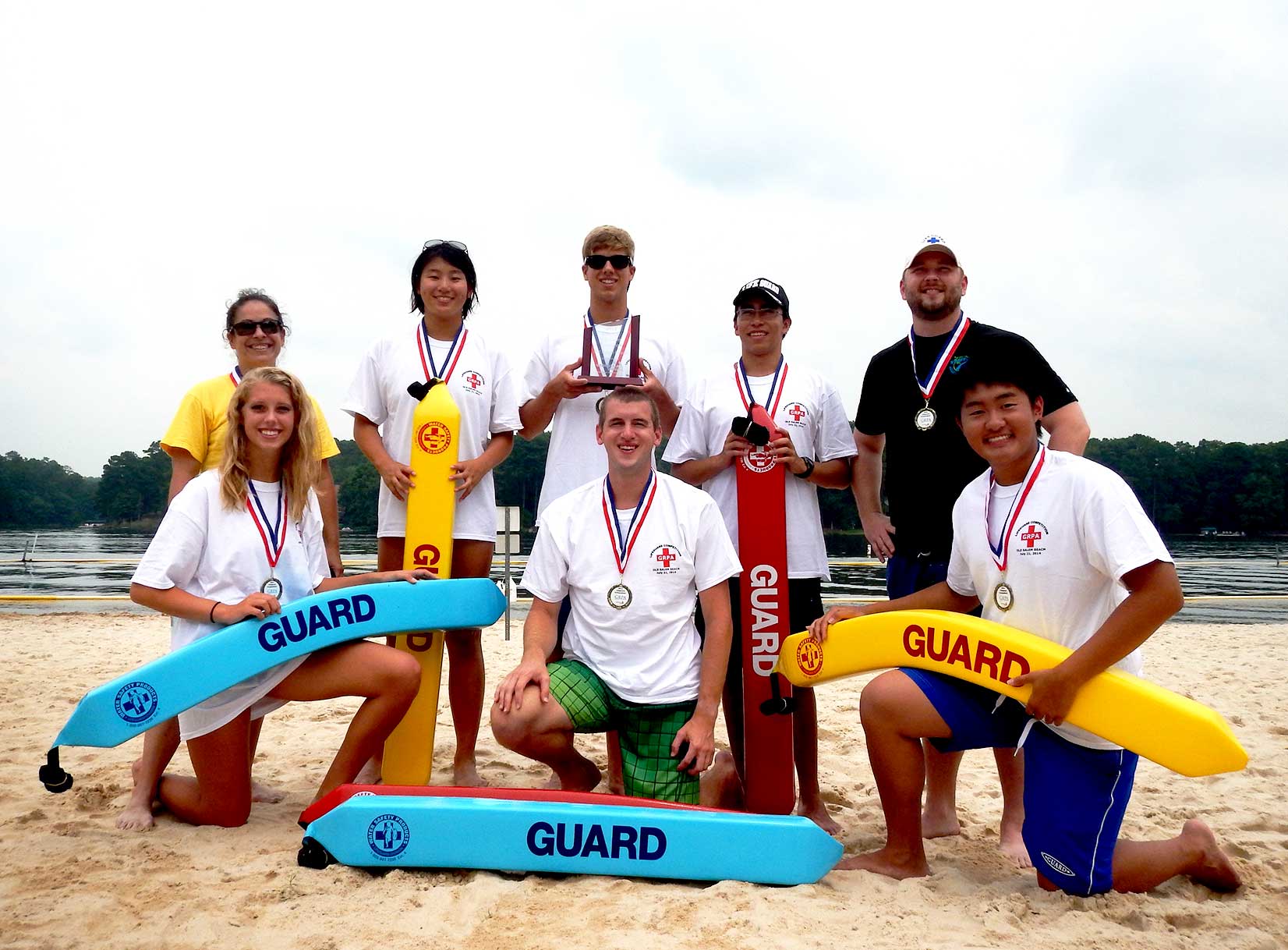 Winning three years in a row

For the third year in a row, Gwinnett County Parks and Recreation (GCPR) took first place at the annual Georgia Recreation and Park Association State Lifeguarding Competition held on July 21 in Greene County. Six lifeguards from various GCPR aquatic centers earned spots on the team after proving their lifeguard skills and abilities during the tryouts. Virginia Brinkley, Christina Wang, Alex Wang, Brad Miller, Stephen Brinkley and Victor Barr studied lifeguard materials, swam and conditioned throughout the summer to prepare for the competition. There were 13 teams from across the state competing for the title.

The competition consisted of several events evaluating teamwork, athletic ability and lifeguarding knowledge. The GCPR lifeguards dominated the competition by winning five out of the seven events and placing second in the other two. Overall, the team acquired 45 points to secure a first place victory while the second place team had 18 points. The team won the swim relay event with the fastest time, and secured another first with a perfect score during a critical incident event applying their lifeguard skills during a realistic emergency simulation. The team also placed first during the rescue paddle board, rescue relay and triathlon events. T